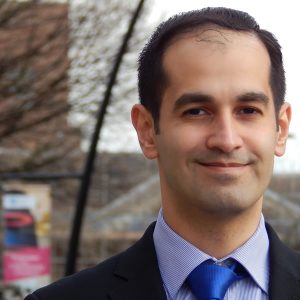 Tareq is a Fellow of the Higher Education Academy (HEA), with a Doctoral Degree in Astrobiology from the University of Sheffield, United Kingdom. He is an experienced researcher and a Higher Education Development trainer.

At the University of Sheffield, Tareq worked in the Research and Innovation Services department where he was responsible for the professional development of over 2700 Doctoral students and researchers, and successfully creating an award-winning leadership training program. He also served for over two years with both the International Office for the University as a recruitment ambassador for MENA students, and the Alumni office as a MENA Prospect Researcher, as an analyst to support the fundraising efforts of the University in the Middle-East region.

As a researcher, Tareq has published several peer-reviewed papers in his field of Astrobiology, and also participated in numerous international conferences and training events. The Iraqi Ministry of Higher Education and Scientific Research awarded him in 2018 with the Golden Medal of recognition, in appreciation for his work. He also obtained several research grants to facilitate research collaborations, including ones from NASA Ames Research Center, Santander Bank, and the Worldwide Universities Network (WUN).

Tareq is a member of the European Astrobiology Network Association (EANA), and holds a Fellowship with the Royal Astronomical Society (FRAS), currently serving on the committee of AbGradE (Astrobiology Graduates in Europe). He is now based in Erbil, Iraq, working as a lecturer at Soran University.

9bxad
in Consultants
No Comments
0 Likes